HOW TO KNOW IF YOUR PLUMBING PIPES ARE TOO OLD 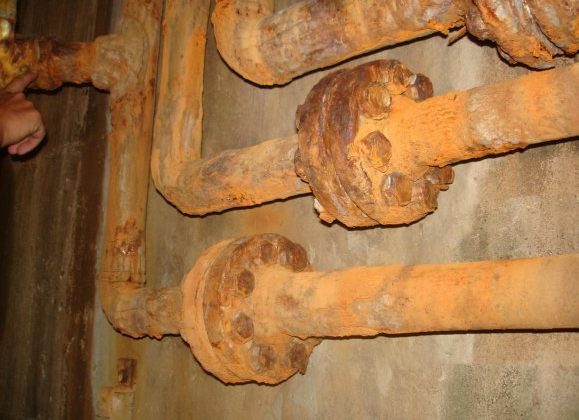 “Any plumbing from the ’60s or older is on its last legs,” say experts who specialize in home inspection.

That’s because most of the piping used pre-1960s was galvanized steel, the bane of old-house plumbing. In fact, if you are looking at a house from that era or earlier, chances are it probably has had so many problems that it’s already undergone substantial re-plumbing.

But in case they have not been fixed before, these are the two top plumbing concerns you are likely to find in most old houses.

For a quick test of an old house, turn on the hot water. If the pressure is low, the house probably has galvanized pipes that have corroded and plugged up. The hot-water pipes are the first to go.

The house could have good pressure in the hot-water lines, but still have unseen galvanized-pipe problems. It is possible that only the bad pipes were replaced, leaving lots of old galvanized pipes still in the house and either in need or soon-to-be-in need of replacement.

Experts will tell you to replace the entire piping system when galvanized piping starts to go bad, but that is pricey, and often homeowners opt for the more economical, halfway fix by repairing only the pipe that is the immediate problem. Worse, the bad galvanized pipe may have been replaced with more galvanized pipe instead of copper or plastic pipe, meaning the problem has just been extended, rather than cured.

It’s difficult to determine the entire plumbing picture, since most of the system is behind walls. Experts say to look under the sinks to get some understanding — often, plumbers run new pipes up through the floor under the sink instead of through the wall, they say, so you can see where there is new plumbing.

If the house has a crawl space and you’re not too discomfited by going into it, you can get a better picture of the plumbing status.

Anytime copper piping has been attached to galvanized pipes, dielectric coupling is required to stop the corrosion caused by dissimilar metals touching. Unfortunately, these junctions may be hidden inside the walls. If a plumber did the re-plumbing, it certainly should be correct. If it was a do-it-yourself job, the homeowner may not have included the dielectric coupling.

Plumbing isn’t confined to the house. It begins and ends at the street.

On the supply side, all piping on the house side of the meter belongs to the homeowner, and everything on the street side belongs to the water district. The meter should have a dial that shows minute water flow, so that if you turn off all the water inside the house, and the dial still moves, there is a leak in the system somewhere.

If the house is on a sewer line, the homeowner owns the line from the house to the street, and that line can be worrisome in old houses.

“The sewer line can be root-bound or crushed,” say experts. “It’ll probably cost around $250 to run a camera down the line to check its condition.”

You can probably rent a sewer camera for around $150 for a half-day if you want to check the line yourself, but you really need a skilled eye to understand what you are seeing.

Sewer lines can be cast iron, clay or plastic. A World War II-era product, Orangeburg, was made of tar paper, and if you have that in the house, there is no question it needs to be replaced. Old cast-iron pipes corrode, and clay is particularly susceptible to root intrusion. Plastic, which became common in the 1980’s, is durable, but can be crushed. Of course, all types of pipe material can succumb to an impenetrable plug from grease, tennis balls or diapers.

Old houses, like anything else getting on in years, can be notorious for age-related ills. When it comes to plumbing troubles, you can suspect galvanized pipes and bad sewer lines are the source. 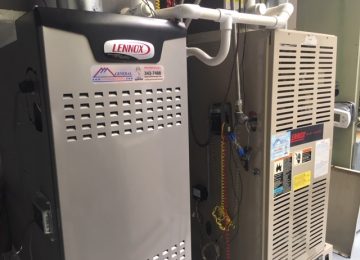 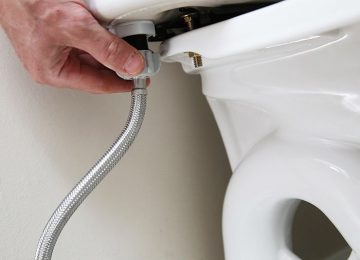 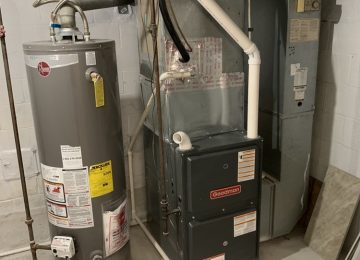 NYCHA plumber is making more money than the mayor